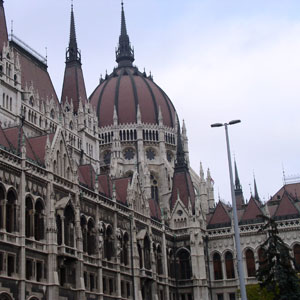 The over-the-top homes. The complicated relationships. The relentless quest for power. Ruling Austria-and later the Austro-Hungarian Empire-for nearly 650 years, the Habsburgs formed one of history’s greatest, yet often overlooked, European dynasties. This fascinating tour of Central Europe traces the family’s steps-and missteps-as you enjoy the imperial splendors of Prague, Budapest, and Vienna with additional overnights in melodious Salzburg and lively Munich. Ornate castles and cathedrals, stunning palaces and parks, and colorful gardens and grounds provide glimpse into the intriguing lives and lavish lifestyles of one of history’s most powerful and controversial families. In-depth sightseeing and a cruise along the legendary Danube offer varied vantage points to witness the magnificent marks this royal family left on Central Europe.

Prices are per person, land or cruise only, based on double occupancy. Offer subject to availability and change without notice. Some restrictions may apply. Please ask us for details.

Charges not included in the land vacation price: airfare to and from the start of your vacation; airline baggage fees including checked and/or excess baggage fees; Federal inspection fees for the Federal U.S. Customs and Immigrations; agricultural tax; other per person taxes imposed by government entities; applicable cruise taxes, fees, fares and port charges; passports; visas and vaccinations; transfers; tips to your Tour or Cruise Director, Local Host, driver, Local Guides, and/or ships’ crew; gratuities on ferries, trains, and cruise ships; laundry; telephone; minibar; alcohol, beverages, and food outside of the contracted menu as presented at a hotel or restaurant (these extra items will be billed to you before leaving the hotel, ship, or restaurant); additional excursions and activities not listed as ‘included’ in the itinerary; porterage at airports or train stations; Travel Protection premiums; and all other items of a personal nature.

Click on the buttons below to request a quote on this deal or contact us directly with further questions or comments.

Request A Quote Send To A Friend Have A Question? Contact Us

Send To A Friend